Penn National is America’s new hottest gaming stock. The company is up some 1,200% from its pandemic lows to around $53 at the time of writing.

And just like DraftKings earlier this year, analysts keep raising their price targets higher and higher as the stock climbs.

Grambling argued Barstool Sportsbook’s customer base and content creation engine would drive “one of the lowest customer acquisition costs in the industry,” allowing Penn to quickly take sports betting share.

Goldman estimated the upcoming Barstool Sportsbook app could acquire customers at $57 compared to $193 for DraftKings and $190 for FanDuel. For further context, BetMGM said last week it hoped to reach a blended $250 CPA.

“Based on our DKNG valuation, that methodology would drive a $4.5 billion valuation for Barstool/Penn sports betting alone,” Grambling said.

That’s $4.5 billion out of a current Penn market cap of $7 billion. In other words, a huge amount of Penn’s current market value is already driven by the Barstool Sportsbook.

“This is not hyperbole — the Penn Barstool acquisition may be one of the best deals of all time. I wonder what position the company would be in had it not gotten done.”

Questions to be answered for Penn National

If that $4.5 billion valuation stems from massive sports betting growth on strong margins, is it realistic?

“From the company’s 66 million monthly unique visitors, 62% bet on sports with 44% of those betting at least 1x per week. Additionally, 65% of their audience is in the key 21-44 age group. The cross-section implies a potential database of users that actively bet on sports of 18 million. Even if only 10% of these users are converted to the Penn/Barstool app, [that’s 1.8 million users.]”

Penn National, of course, already paid $163 million for access to that customer database by buying its Barstool stake. So ignoring that cost in new CPAs seems a little disingenuous.

But perhaps more importantly, there’s an assumption of 1.8 million sign-ups for a product the world has not seen yet.

And the app is on track to launch in September instead of August as initially planned, perhaps a tiny warning sign.

“What’s more important?” Penn CEO JaySnowden said at the firm’s recent Q2 results. “Rushing it and getting to some MLB and NBA games in August? Or doing this right, launching it in September when we know it will deliver a great experience for the end user?”

Getting it right is, of course, more important than rushing it. But it’s also a risk to debut your first-ever sports betting app into the furnace of NFL betting.

Do you want any bugs exposed on those sleepy days in August, or on NFL Sunday when 50,000 Philly fans log on at 1 pm EST to back the Eagles?

The product really is key here, and, of course, it’s an unknown. But there is likely a low bar to clear. We know the Kambi back-end should work – DraftKings and BetRivers have built good market share on the back of it.

Combine that with the Barstool marketing machine, and the Penn front-end really just has to be good enough.

Why that’s the case

As Eilers & Krejcik analyst AlunBowden put it in a recent note: “Barstool is a different beast. There is no doubting the willingness or desire of the team to throw themselves at gambling promotion.”

He added, however: “Barstool will have to excel at the fundamentals to make this work in product, retention, customer service, and trading. And that is not as easy as it looks.”

It’s not, and it’s an area Penn may struggle, simply because it’s new to the space and sports betting is operationally complex. But it’s worth remembering it took Sky Bet in the UK nearly a decade to back up its media presence with a great product. And when it did, it exploded.

Barstool has a clear route to a similar level of success. The road just might be bumpier than some analysts are expecting.

As for the Penn valuation, a word of warning: earlier this year when $DKNG was soaring, one reason was its exclusivity.

It was essentially the only way for US investors to get access to the US online sports betting industry.

No-cost chips are undoubtedly the most desirable thing at DoubleDown Casino. When gamblers run out of coins, they can’t continue playing and free virtual money helps them to enjoy the excitement of gambling again. How to win money on doubledown casino.

Either way, if price is a function of supply and demand, a growing glut of supply can’t be good for any individual stock’s price.

As a result, while the Barstool Sportsbook may deliver on its massive promise, it is far from a sure bet.

It’s still early days, but so far the Barstool Sportsbook app has exceeded almost every internal goal Penn National set for it, according to Penn’s CEO.

That’s a good sign for Penn since the nationwide rollout is going to happen quickly, CEO Jay Snowden said.

“We plan on being live in every state where we operate and where sports betting and online casino is legal by the end of 2021,” Snowden said on the company’s third-quarter earnings call.

Except for which area?

The exception to those goals, Snowden said, is the percentage of in-game betting. That will come with time as Penn gets better at promoting those opportunities, like through push notifications.

Snowden also boasted how the app has succeeded so far without any meaningful external marketing spending, thanks to the Barstool Sports personalities promoting the brand. That of course does not factor in the acquisition cost of Barstool itself.

That lack of advertising dollars needed “reinforces our belief that we should be able to, in the medium and long-term, achieve a top-three market share position in both the sports betting and iCasino space across the country in states where we operate, and with best-in-class profitability,” Snowden said.

Some of Barstool’s numbers from its Pennsylvania sports betting operations are underwhelming compared to early results released by Penn, but others show promise.

Snowden also confirmed that a good number of the downloads thus far are not convertible because of location.

“If you follow the sort of population by state, that’s where you’d see the hit rates mostly on these downloads from outside the state of Pennsylvania,” Snowden said.

Penn’s conversion of those downloads has improved, however. The app had 30,000 first-time depositors as of Oct. 24, up from just 12,000 after the first weekend. That’s good for a 64% conversion rate of its 48,000 registrations.

That could be skewed by a promotion Penn ran that would donate $100 to a beloved Philadelphia public marketplace with a $100 deposit on the app. That led to $150,000 in donations to Reading Terminal Market from Penn, Snowden said.

Barstool Sportsbook took $78 million in handle since launch, including $48.4 million in October. Penn noted its average bet was $62.

That October handle includes three NFL betting Sundays with one left in the month, which suggests Barstool should be at ~$60 million in handle for the full month.

Of the 48,000 registrations in Pennsylvania, 95% of those customers were new to Penn National and its mychoice customer loyalty program.

That includes a mix of recreational customers as well as some sharp bettors too, Snowden noted. Interestingly, though, the 5% known to Penn is accountable for 20% of handle on the Barstool Sportsbook app.

Penn National’s biggest differentiator is the content it works in with the Barstool personalities.

So far, 39% of its bettors have “Bet with Barstool” on the more than 75 exclusive bet opportunities offered. There have also been 4.5 million total livestream views of the Sportsbook House, where Barstool personalities watch games together.

Penn National continues to tout the importance of physical sportsbooks for multiple reasons.

First, it gives the company a place where Barstool fans can come meet and bet with their favorite Barstool Sports personalities. This will eventually expand to other undefined entertainment opportunities which will likely be a spot that’s a virtual sportsbook by day with a nightlife element at night, Snowden said.

Most importantly, though, is that the books remain important to Penn’s land-based casino business, especially where mobile betting is not. 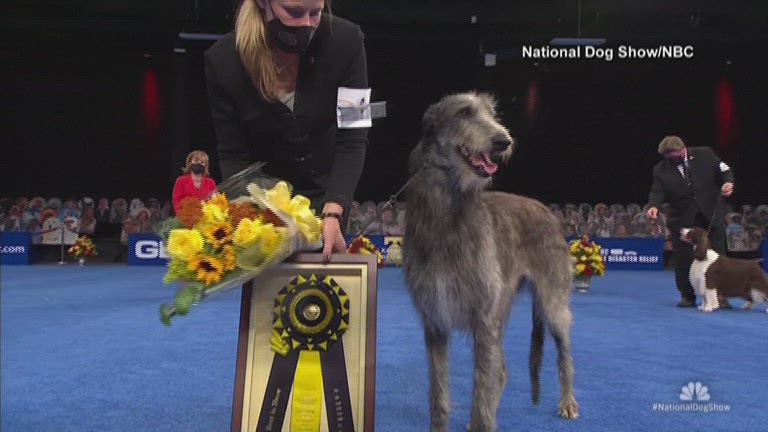 Penn highlighted the sportsbook at Hollywood Gulf Coast, which sits tucked away on a bay between New Orleans and Biloxi, Mississippi.

With no mobile betting available, the sportsbook has brought younger demographics and new customers to the casino. That’s led to some interesting statistics: