Triple Red Hot 777 is a three-reel, classic online slot game by IGT. This 2015 game has some tweaks you will love, including extra features like multipliers that are capable of increasing your free spins winnings by up to seven times.

The game lives up to its name by offering “red hot” prizes. Just line up three symbols and get the top reward for each symbol. There are even rewards for two-symbol lines.

The game has a simple, retro theme but is packed with features capable of keeping five-reel slots players happy. Triple Red Hot may look dated; however, we can easily qualify the slot as one of the best, most modern three-reel slots available today.

At first glance, Triple Red Hot 777 looks like a typical slot from the early 2000s, but it is far from dated if you dig deeper.

IGT added some enhancements to bring the seemingly old three-reel slot back with a modern twist. Behind the retro theme is a variety of prizes. The game is also volatile in nature, something that is appealing to players who enjoy high-variance slots. 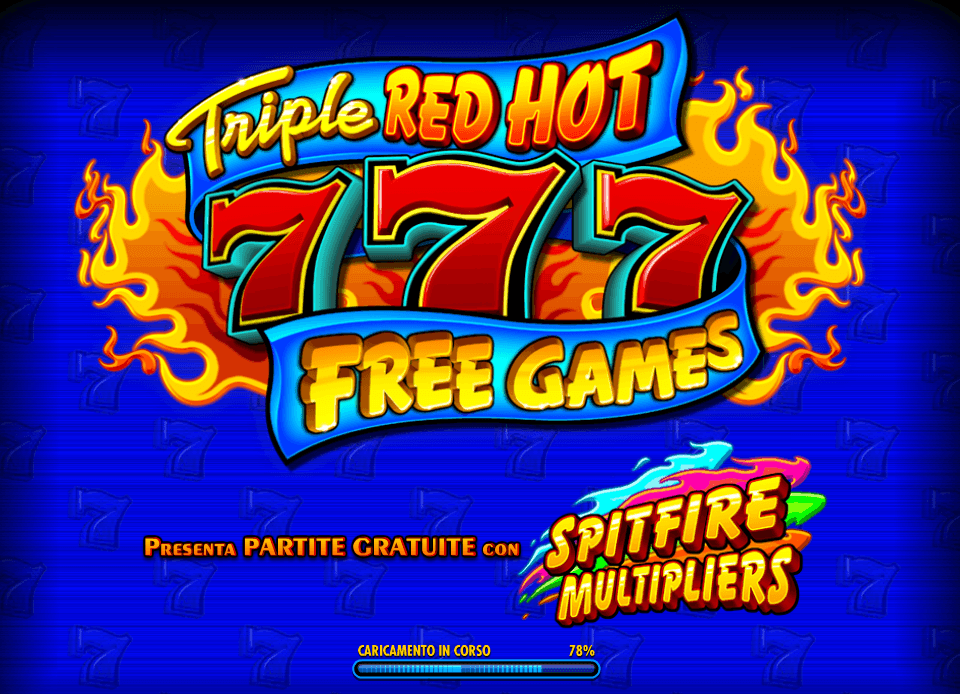 The reels also have a non-scatter “Triple Red Hot 3x” as the in-game wild. This symbol offers a 20,000 coin maximum base game jackpot when you land three across. It substitutes every other symbol apart from the scatter.

Triple Red Hot 777 doesn’t look like much if you only pay attention to the limited reels and its visuals. You have to get immersed in the gameplay to appreciate the game.

Triple Red Hot 777 is complete with free game bonuses, wild multipliers, and line wins. Betting is fast and easy. Just choose a preferred line bet (five to 100 coins) and preferred payline (one to five) on any spin. You can bet at least five coins per spin or a maximum of 500 coins per spin. All prizes will be multiplied by the line bet.

What about the jackpots?

This game might look classic, but the features are modern:

The wild symbol (“Triple Red Hot 3x”) guarantees a win. It substitutes every symbol beside the scatter and can trigger additional paylines.

If you land three matching symbols or more anywhere on the reels, you activate the free spins bonus round that offers seven free spins. You can retrigger free spins up to 100 times, which gives you a chance to get a maximum of 700 free spins.

These special types of multipliers are active during free spins and can help you multiply your wins from two times up to seven times.

The slot rewards you handsomely when you land any identical symbols across all three reels. Landing three wild symbols (“Triple Red Hot 3x”) earns you the highest reward. The game also provides payouts for landing one or two wilds.

The game also comes with a player protection feature that gives you all the information you need to play the game safely and responsibly.

Who is the game for?

Triple Red Hot 777 is for retro slots enthusiasts who would enjoy a better version of the classic, three-reel slots. Although the game looks traditional, it has everything you would wish for in the latest five-reel slots today. The $0.05 minimum wager is ideal for everyone, including low-stakes players.

Attention to detail: IGT has a reputation in the industry for paying incredible attention to detail. They did a commendable job with the visuals and graphics as well as the additional features. It isn’t surprising to us that Triple Red Hot 777 is still popular today.

We believe the game ushered the three-reel slot era back by improving its visuals and introducing bonus features. IGT has also added better sound. The bell sound triggered by a bonus is identical to one you’d hear in a land-based Vegas casino.

New approach to an old slots era: Triple Red Hot has a different approach to classic slots. Besides the bonus features, the background music and rhythm also feel unique. It’s hard for us to imagine three-reel slots better than this.

Great bonuses: The bonuses are one of the biggest wins for this game and make the slots more exciting. The flaming reel spins incredibly fast and increases your anticipation. When you land bonuses, they are bigger and better (i.e., free games and spitfire multipliers that turn regular wins into massive payouts). We can’t forget the seven free spins and the opportunity to retrigger them. 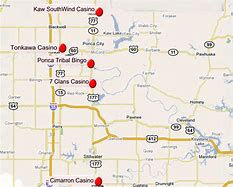 Universal compatibility: Triple Red Hot can be played on any computing device, regardless of the type of operating system. What’s more, you don’t need to install anything to start enjoying the game.

Three-reel slots may still be dated: Despite IGT’s best intention to make three-reel slots modern and enjoyable again, you may still find this game dated. If you don’t enjoy classic slots, the tweaks by IGT may not be convincing enough.

Big wins may be costly: Although it is possible to score big wins, you need to spend a bit more to trigger them.

Few symbol variations: Triple Red Hot 777 is all about the “7” symbols. Because slots depend on reels to create variety and fun, the lack of variety in the symbols can be monotonous.

Awkward game title: The name “Triple Red Hot 777” is long and awkward. It didn’t give us an impression of what the game was about until we started playing. If you lack patience, you may overlook this game in favor of another one with a straightforward title.

High variance: This slot can be expensive. The high variance can consume your balance easily without giving you a chance to recover. Luckily, the chances of getting a big payout are decent.

Variable RTP: The 92.01% to 96.13% RTP favors high-stakes players. A fixed RTP fixes the odds of players, regardless of their stakes.

Triple Red Hot 777 is a video slot powered by IGT. It features classic three-reel gameplay, together with several exciting bonus features that can trigger big wins.

Although the game was released in 2016, it’s still among the most popular online slot games and can often be found on top Michigan casino sites.

The game’s popularity can be credited to its straightforward and fast-paced gameplay, making it ideal for beginners and experienced players alike.

This review will tell you all about how Triple Red Hot 777 works, how to play it, and which bonus features to expect.

Triple Red Hot 777 is played on a 3×3 layout and features between one and five paylines that only pay from left to right. The paylines can be adjusted by clicking on the +/- buttons next to their number.

The line bet can be set between 25 and 1,000 coins per spin. The number of active paylines is multiplied by the line bet to represent your total stake.

You can click on the Spin button manually or set between 10 and 50 automatic spins that stop when the bonus is triggered or if the jackpot is awarded.

As you can assume from the title, this game is all about the lucky number seven, a classic symbol seen in many old casino slots. As a matter of fact, the entire game looks and feels like a land-based slot machine.

Every symbol has a seven in it, whether it’s a single, double, or triple number. The most valuable symbol is the Triple Red Hot 3x. Connecting three of those in a payline would result in a 20,000x win. Triple Red Hot 3x also serves as the game’s wild and substitutes for all other symbols except for the Bonus.

Naturally, each of these symbols multiplies the line win by three. So, for example, if you get two Triple Red Hot 3x symbols and one non-wild symbol on the same payline, your win will be multiplied by nine.

Triple Red Hot 777 has an estimated theoretical payback (RTP) of between 92.01% and 96.13% and is considered a high variance game.

As with any video slot with bonus features, the secret of winning in Triple Red Hot 777 is to trigger one of the two bonus games.

Nevertheless, the base game can be pretty rewarding too. Getting three Triple Red Hot 3x symbols on a single payline will win you 20,000x your stake. Of course, to increase your chances of winning, you should play with all five paylines activated, even though this will require larger bets.

The symbol serves as a wild and a multiplier, so no matter where it lands on the reels, it will almost always guarantee a win of some kind.

The best thing about free spins is that they can be re-triggered almost indefinitely. Namely, if you’re lucky enough that another three Bonus symbols appear during the free spins round, you will get an additional seven free spins. Free games can be added until the maximum of 700 is reached.

The thing that makes Triple Red Hot 777 free games different from the base game is that every free spin triggers a Spitfire Multiplier of between 2x and 7x. Wins for the current spin are multiplied accordingly, except for Triple Red Hot 3x wins that pay regularly.

This free games mechanic can be rather lucrative. Even if you’re not lucky enough to get 7x Spitfire Multipliers, you are still likely to win big and increase your balance. Of course, getting to this bonus round is very hard, as you need three Bonus symbols to fall on a relatively small 3×3 grid.

In all honesty, it seems that IGT did a masterful job of creating a modern video slot reminiscent of classic land-based machines. The game plays smoothly, has excellent visual and sound effects, and features enough variety to keep you playing for hours on end.

The base game leaves plenty of opportunities to create winning combinations and multiply your wins, but the real rewards are hidden in the free spins round. The initial seven free games can be re-triggered, and each spin has the potential to be multiplied seven times.

There’s a reason Triple Red Hot 777 is one of the most celebrated titles from IGT. Plenty of online casinos in Michigan offer this title, so finding it will not be hard.